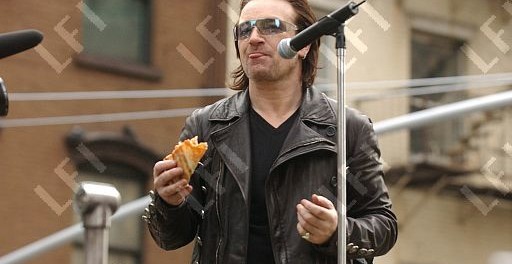 Is it any wonder that a rock star from Ireland would be attracted to corned beef, even if it isn’t St. Patrick’s Day? Bono was so moved by the taste of the homeland that he left a waitress at L.A.’s Canter Deli a $150 tip after she served him a Reuben Sandwich. The 54 year old rocker had just wrapped up a gig at the Roxy, when he got a severe case of “I gotta geta Reuben.” Canter’s obliged with a Reuben, French fried and onion rings followed by a dessert of chocolate rugelach. The bill was less than $20, which seems like a bargain these days, especially in L.A.